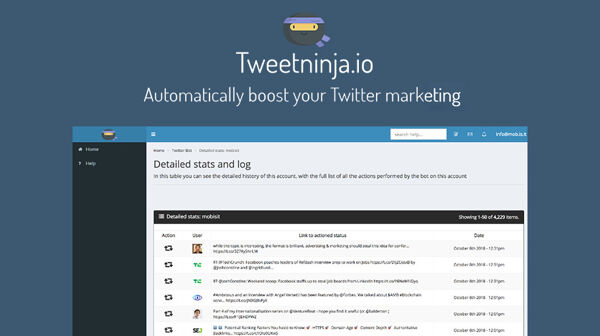 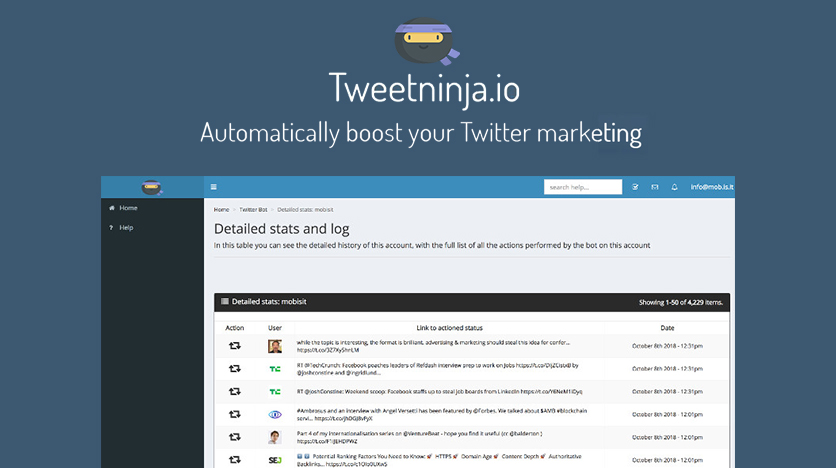 From hashtags and pinned tweets to Twitter lists and social media influencers, there’s a lot to Twitter. With the right marketing plan, businesses can use the platform to create successful social media campaigns to increase sales, boost brand recognition and increase customer service.

Twitter is a social media and online news platform where people communicate in short messages – up to 240 characters long – called tweets. Founded in 2006, Twitter is now one of the most popular social media platforms in the world.

Whether you’re new to Twitter or want to start using the platform to boost your business, enter Tweet Ninja, the ingenious tool that puts your Twitter engagement on autopilot. 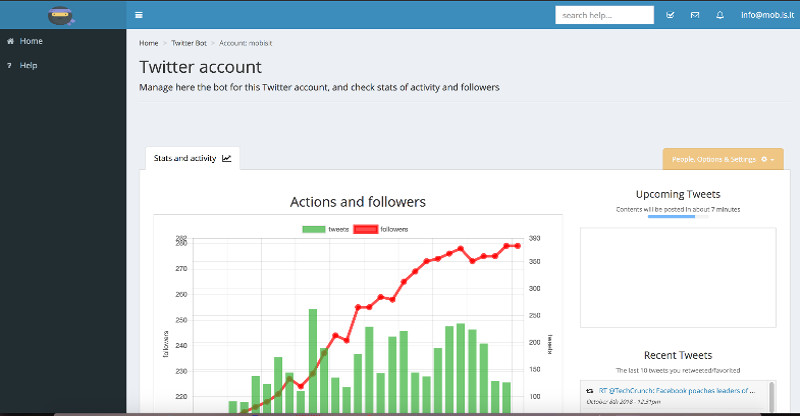 Gain Twitter followers – organically
Engaging with people on Twitter is time-consuming and demanding – but rewarding when done right. Tweet Ninja automates your Twitter engagement, helping you naturally gain followers and boosting your popularity and reach

Automate your engagement – smartly
Tweet Ninja automatically tweets, favorites and retweets the most engaging contents from your target audience, organically growing your followers with real, interested and interesting people 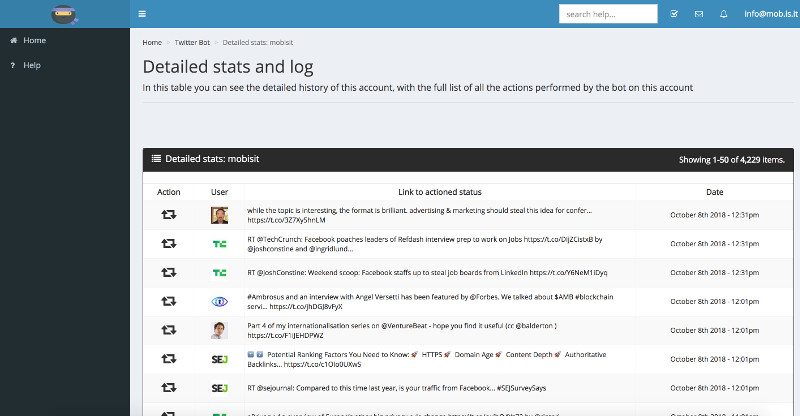 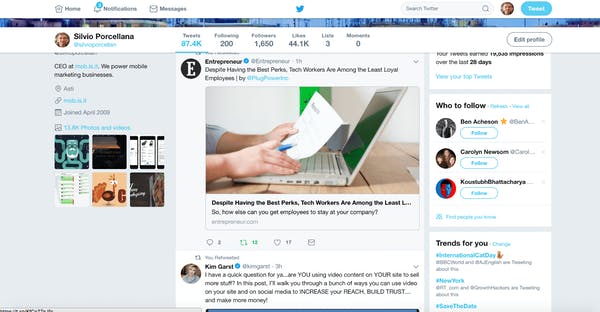 Do Twitter marketing – effectively
Twitter is a powerful platform for marketing yourself and your products, but it can quickly become very time-consuming. With our tool you’ll start seeing real results every day, without moving a finger.

How does it work?

Choose your target audience
All you have to do is pick a list of people you want to engage with on Twitter and refine it with hashtags and keywords: celebrities, clients, prospects, influencers – all it takes is a couple of clicks

Let the system engage automatically
Tweet Ninja will pick the best tweets and the hottest contents from the list you have chosen, and from the people that interact with them, re-tweeting and engaging automatically for you

Watch your followers grow – on autopilot
Once setup, the system will continue to engage on Twitter for you, boosting your presence and constantly adding real followers ready to be contacted and nurtured