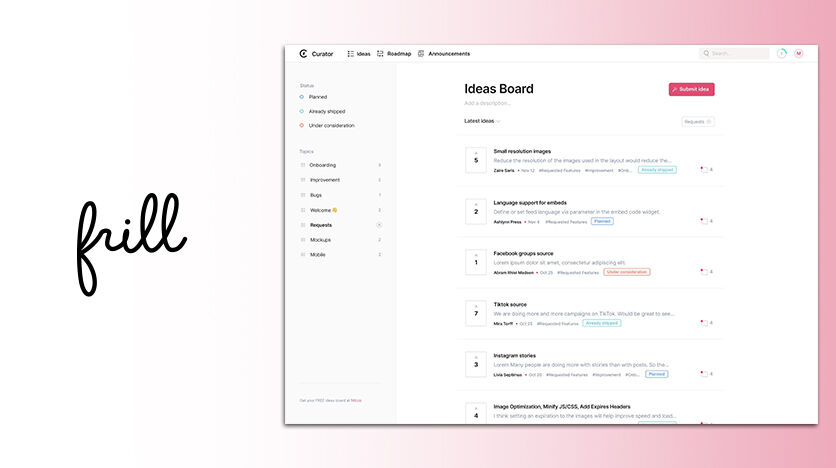 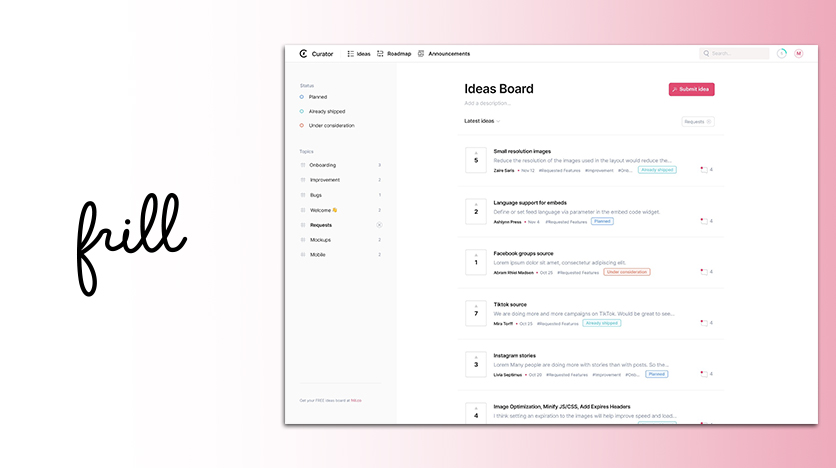 Apart from collecting the comments, deciding what to do first can be a messy, chaotic, and difficult process.

If only there was a simple way to gather consumer feedback, display upcoming features in a visually appealing roadmap, and then inform your consumers about them.

Don’t worry, because Frill is here

Frill is a platform that lets you collect consumer feedback, incorporate user suggestions into your plan, and announce new features.

Customers can suggest features and vote on the ones that are most important to them via feature voting.

“Do I really need to add another tool to the mix for the team?” you might wonder.

You don’t need to utilize a separate admin system with Frill’s inline admin because you control your board in the same area where clients utilize Frill.

So you can make getting input as simple as possible for your team without requiring them to jump between apps or learn new tools.

Get Frill lifetime deal for only $39.

Customer feedback is the lifeblood of your product. Capture ideas from your customers and let the most voted and commented on ideas surface to the top.

Prioritize and plan ahead

Integrate the best ideas from customers into your roadmap. Show your customers how their ideas fit into the big picture.

Keep your customers informed as you ship new features. Announcements is our version of Changelog. And we think you’ll love it.